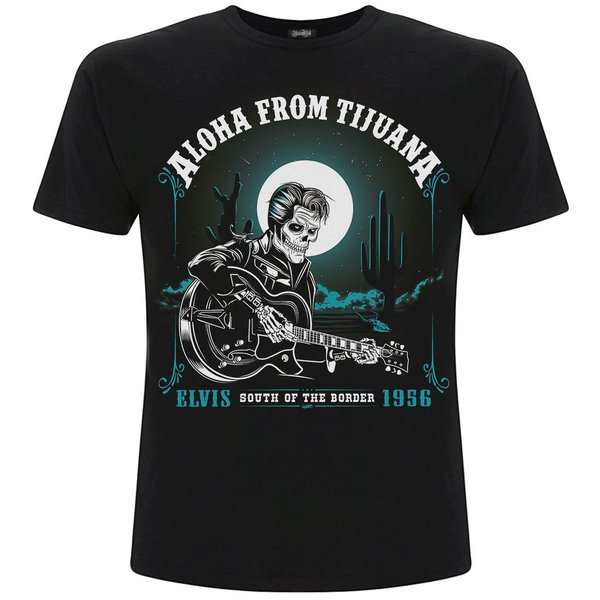 Music historians claim to date, that the King has never been to Mexico. Recently, however, a yellowed concert announcement from the 1950s has been found whilst the construction of underground tunnels. This document proves without a doubt, that Elvis HAS been there, playing for one week every night at the infamous Cantina de la Muerte.

The fact, that these jam sessions were fueled by so much booze, women and peyote, led to the decision to drape the cloak of silence over this almost orgiastic excursion of Rock’n’Roll across the mexican border. American public at that time was simply not ready for this type of excess and the story would not have been an advantage at all for the young aspiring artist.

Nowadays, nobody would be bothered by the wicked adventures of the young Presley anymore. In a time, where thousands of pubescent teenage Americans make their way down to the beaches of Cancun, to consume tons of synthetic party drugs every year just before Easter, the world is surely ready for the last grain of truth. Here he is – screenprinted by Mexican Mob on an epic piece of textile art – the King is alive!