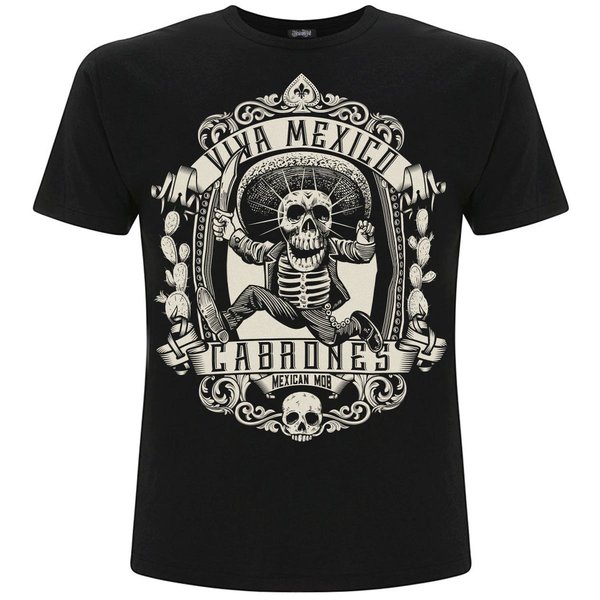 Cactuses and elaborate ornaments form the outer frame of Mexican Mob's reinterpretation of Calavera Oaxaquena, which has been originally created and published back in 1903 by the famous Mexican caricaturist José Guadalupe Posada. With Posada being such a genius in terms of design, and almost nothing in the 21st century playing in the same league, this popular graphic has only been slightly adapted. In order to receive a print with such fine details, Mexican Mob simplified and sharpened the design a little bit and gave the skull a subtle facelift.