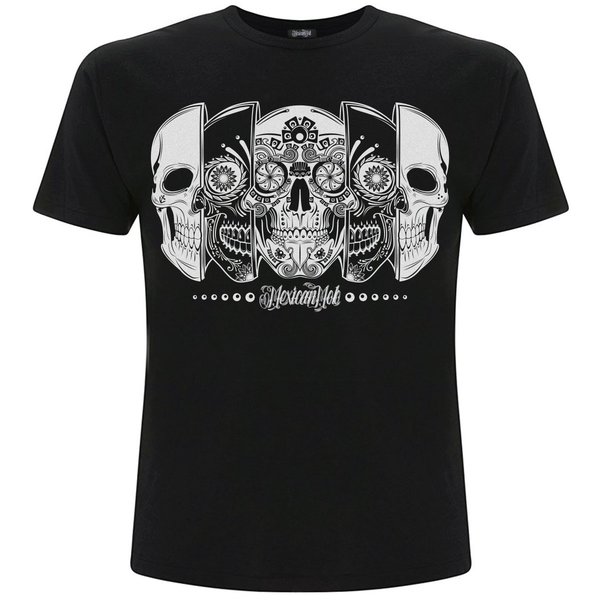 The famous Mayan mask, representing all aspects of the never-ending cycle of life and death, served as an inspiration for this elaborate Mascara Sagrada graphic. Mexican Mob transformed the whole thing into a holy trinity of Mexican skulls : an aztec and mayan inspired version in the middle, followed by a classic, but contemporary Mexican Sugar Skull and finally framed by a magnificent oldschool skull. This design with its stunning print details is certainly one of the most progressive depictions of Mexican skulls ever seen, and is, understandably enough, meanwhile a true Mexican Mob classic.