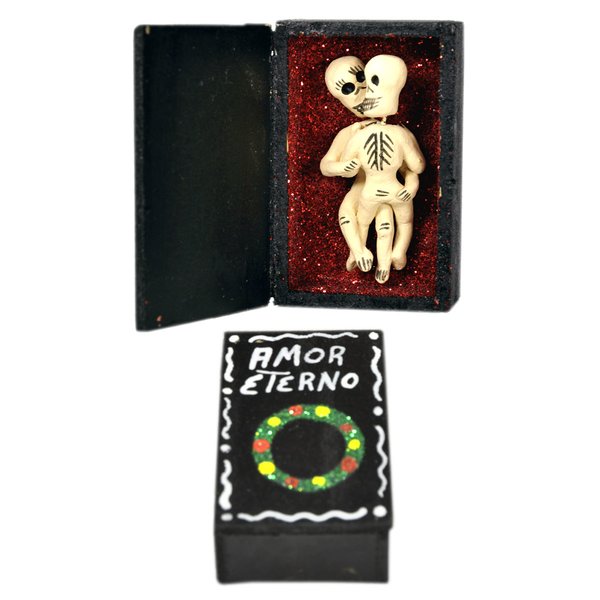 This product is currently not available.
9,99 EUR

“Hopping with somebody into the box", transcribed with a typical Mexican wink: our sex coffin shows two copulating skeletons who prove, that even after death, the physical side of love life still goes on. The interior of the small wooden box is completely covered in red glitter. The small miniature clay figures have perfectly molded skulls and beautiful gowns and are glued to the bottom of the coffin. The lid of the coffin has been fastened to the side with strong fabric tape.

Our sex coffin is a piece of original Dia de los Muertos art and has been copied many times by now. Ours comes from the manufactory of an old master of the genre, Señor Enrique, whom we had the pleasure of getting to know personally in the early days of our company. Unfortunately, he is looking down on us from above since several years, but his son has continued the small family business and is successfully following the footsteps of his father.